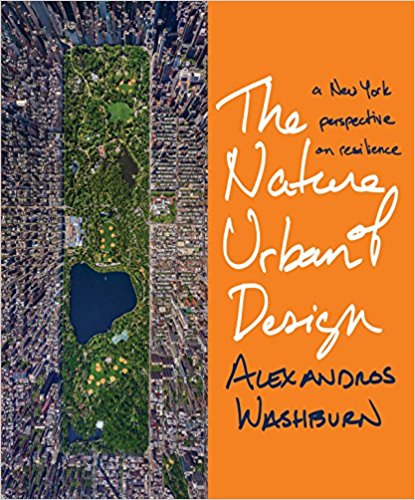 inCitu by DRAW Brooklyn team up with Geopogo to showcase new AR in a public presentation in Red Hook, Brooklyn.

JANE JACOBS IS GETTING NEW GLASSES!

Have you ever wondered what could be built in this abandoned lot near your home? Have you ever felt surprised when you saw a construction starting in your neighborhood? Have you ever felt that city planning is just bigger than you can perceive, or that your voice doesn’t count? NO MORE. In today’s rapid urban development realm, communities must be equipped with smarter and more powerful tools to better engage and effectively participate in city planning processes.

Renowned urban theorist Jane Jacobs called herself “just a mother with big glasses”, though she revolutionized city planning when she stood up in the early 1960’s to Robert Moses and organized her community to fight for their neighborhood’s character. Community planning was born.

DRAW Brooklyn developed a powerful new tool: It’s called inCitu. By working with the cutting edge technology of Geopogo, InCitu lets anyone see any project proposed for their neighborhood on site in augmented reality.  InCitu lets anyone see the effects of that project on them and their neighbors. Most important, InCitu lets them join in the planning of change.  Because as Jane Jacobs said: Cities have the capability of providing something for everybody, only because and only when, they are created by everybody.

This is a powerful tool. We don’t want it to fall into the wrong hands. The giant tech companies already have their version and they are acting like the Robert Moses of our era. Someone needs to confront them. With inCitu, we hope to empower the next Jane Jacobs, and the next, and the next until we create a community where everybody feels they have the power to change their neighborhood for the better, in ways big and small.

This Thursday, we will participate with community members to visualize futures for  a model block in Red Hook, to see options for change in augmented reality on site and use the experience to evaluate how we reach a goal of a mixed-use, mixed income neighborhood.

About the Red Hook Model Block

Two decades ago, the Red Hook community came together to propose a plan for a mixed-use, mixed-income waterfront neighborhood.  A vision to create both jobs and housing was approved by the City Council in the form of an advisory 197-A plan.  Through the years, the community has fought for this vision against numerous challenges, such as the attempt to concentrate waste transfer stations in the neighborhood, chronic neglect of the Red Hook Houses housing projects, and today the onslaught of e-commerce warehouses.

The vision has never wavered, even through the destruction of Hurricane Sandy in 2012.  In fact the hurricane brought the neighborhood closer and added a new goal: resilience.

Two years later, the BASF corporation identified Red Hook as one five communities around the world that were emblematic of the challenges facing neighborhoods in the 21st century.  Needing jobs, needing housing, and on the front lines of climate change, Red Hook’s success or failure would be a bell-weather for other coastal communities, and with 1 billion people living within 1 meter of sea level rise, the resilience of Red Hook became a model for others.

As part of the BASF creator space project, the Red Hook community created the idea for a model block.

The model block idea combined houses and jobs in the same block, along with job training, solar power generation, and stormwater management.  By mixing uses and mixing incomes and building in a sustainable and resilient way, the model block would create a successful example for coastal urban communities to thrive.

In the following months, former NYC Chief Urban Designer Alexandros Washburn held a series of open house community planning sessions for Red Hook at what would become DRAW Brooklyn. We asked anyone who came by: what do you love most about Red Hook, and how can we put it into a single block?

There is no choice.  We must act, we must adapt, we must change our cities to survive. City planning must become SMARTER, more TRANSPARENT, and more ACCURATE, for the pace of change required in cities today.  Top down should be balanced with bottom up.

City planning should be in the hands of those who care more about their children than about their stock price.

Big tech will not save us.  Mothers with big glasses will.

Join us when we give Jane Jacobs her new glasses!

Community demo of inCitu (by DRAW Brooklyn) and Geopogo |

We will meet at DRAW Brooklyn, 373 Van-Brunt Street, Red Hook, Brooklyn 11231 at noon and 4:00pm and then walk to our site at the corner of Wolcott and Conover st.

inCitu is a smart city planning startup in Red Hook, Brooklyn. Our goal is to create data driven tools that accelerate city planning and empower citizens to change their neighborhoods for the better.

Our technology allows community members to walk through options for their “future” neighborhood on site and explore them at their own pace through augmented reality.  Neighbors can comment on options, see what their neighbors are saying, and work together to create better options.  The system is reality based: we are developing real time analytics that track each option’s effect on the neighborhood with the same professional protocol required by the Department of City Planning, but with a faster and more accurate algorithm that uses big data and machine learning to put expert systems in the hands of the real experts in city planning: citizens.

inCitu is a spinoff of DRAW Brooklyn, an innovative design studio combining architecture, urban planning and urban data to produce change in cities. Alexandros Washburn is the founder of DRAW Brooklyn and the former Chief Urban Designer of the New York City Department of City Planning. Alex is a global expert in how cities can use technology to improve their quality of life while meeting the challenges of growth during climate change.  He is the author of The Nature of Urban Design: A New York Perspective on Resilience.

A graduate of Harvard University, Alex has been a professor at Princeton, NYU, and the Stevens Institute of Technology. He is the former Public Works Advisor to Senator Daniel Patrick Moynihan, Founding President of the Moynihan Station Development Corporation and winner of NY Public Architect Award.

Dana Chermesh is the Director of Urban Data and Innovation at DRAW Brooklyn, where she works on developing innovative, data driven tools and frameworks for better, transparent and more just urban planning and management.  Dana is an architect from Tel-Aviv who specializes in urban renewal and housing planning, policies and design, and NYU CUSP alum of MS Applied Urban Science and Informatics (2018). During her MS Dana interned in the NYC Department of City Planning (DCP), where she conducted an urban data-driven research in the Regional Planning Division. Her research on the feasibility of Tel-Aviv city center’s rezoning was published in “TheMarker” newspaper on July, 2018.

Geopogo is a 3D architectural software startup founded in Berkeley, CA. Geopogo’s 3D platform empowers designers and architects, to create their own 3D and AR experiences in minutes. In March Geopogo’s team used AR to protest forest clear cutting for housing developments. In April the team publicly presented the San Francisco embarcadero homeless navigation center in AR admits opposition to the proposed site. Geopogo’s mission is to empower creators to express their ideas in new ways.